Yorkshire Post 2nd March 2018 “Transport Secretary Chris Grayling will today announce he expects a £3bn programme of upgrades to the Transpennine route to begin by spring 2019. He says it will deliver significantly better journeys for passengers and driving economic growth in the region.

Speaking at the Transport for the Northern Powerhouse conference in Leeds, Mr Grayling says that while work is underway on the key route between Manchester, Leeds and York, he expects Network Rail to begin investing the £3bn into an ambitious rolling programme of works as soon as possible.

Mr Grayling will say today: “I want to realise passenger benefits from the £3bn we have ring-fenced for the Pennine route as fast as possible. Network Rail has already begun detailed designs, and provided us with options for the Transpennine Route Upgrade to meet the objectives we’ve set out – for journey times, capacity and reliability.” The Transport Secretary will also commit to working with local authorities along the Transpennine route to discuss how to maximise the benefits of the investment, such as creating new stations.

Responding to the announcement, Director of the Northern Powerhouse Partnership, Henri Murison, said: “The ring fencing of £3bn for the Pennine route is to be welcomed, with huge opportunities along the line. We will be asking the Secretary of State to also go further and start building the upgraded link to HS2 south from York to allow these upgrades in coming years to deliver the final Northern Powerhouse Rail requirements between York and Leeds.”

Read more here. In a related Yorkshire Post article Leeds City Council leader Judith Blake said that “the £3bn of upgrades promised for a major rail route across Yorkshire should be “just the start of much-needed significant transport infrastructure investment. We welcome this announcement about upgrading the TransPennine route and we are keen to see the full details, especially the extent of the electrification proposed.

Her Bradford counterpart Susan Hinchcliffe, who yesterday was promised a station in her city as part of the high speed Northern Powerhouse Rail scheme, said she shared Mr Grayling’s desire that improvements are made to the TransPennine route as soon as possible. She said: “Ensuring the benefits of upgrading the TransPennine route are maximised is a critical step towards the longer-term plans for strengthening existing transport corridors all across the North and building new ones as outlined in Transport for the North’s plan.”

Weeks after figures highlighted the disparity between planned transport infrastructure spending in Yorkshire and London, Mr Grayling insisted the Government was committed to the Northern Powerhouse concept. He said: “It is a central part of what government is doing, a central part of cross-government work, and it is also very important to me.” 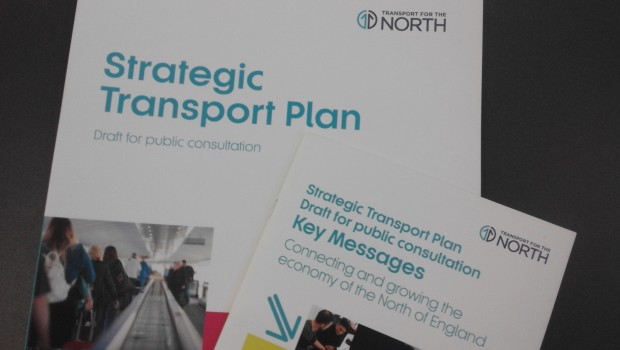