17th January 2018  “Transport for the North launched its Strategic Transport Plan on Tuesday; a roadmap of investment up to 2050, the overall cost of which is £60-70bn.  The plan lays out a pan-Northern proposal that identifies seven strategic “corridors” across the North that would “link important ‘prime capability’ assets and important economic centres” that require improved connectivity.

But John Prescott, former Deputy Prime Minister stormed out of the launch at Newcastle City airport, exclaiming that “it’s a bloody fraud.” Prescott’s accusation is based on the fact that TfN has no budget of its own to execute these plans. “It can talk to the Treasury along with the strategic bodies,” he said, “but it can’t make a decision and it doesn’t get any money.”

Transport Secretary Chris Grayling’s response to the launch was lukewarm: “[the report] is an important step in the North speaking with one voice to set out its vision for transport in the region over the next 30 years.” He reiterated that the government had already committed to £13bn to transport in the North – but this is a far cry from the £70bn that TfN is asking for. Grayling, who cancelled electrification of three major routes last year, is also yet to confirm whether the planned modernisation of the trans-Pennine rail connection between Manchester and Leeds will go ahead.

TfN’s response to John Prescott’s remarks was provided by Jonathan Spruce (TfN Strategy Director):”The North has never had this sort of collaboration before so don’t decry that. People compare TfN to Transport for London (TfL) and say we’ve not got this power or that power but that misses the point. When TfL started, or similar bodies in Scotland and Wales, they had a lot less than they have now. … “If we can show we can work together and make clear recommendations and get results in terms of job creation, that makes our argument that we should have more powers in the future stronger.” Read more here. 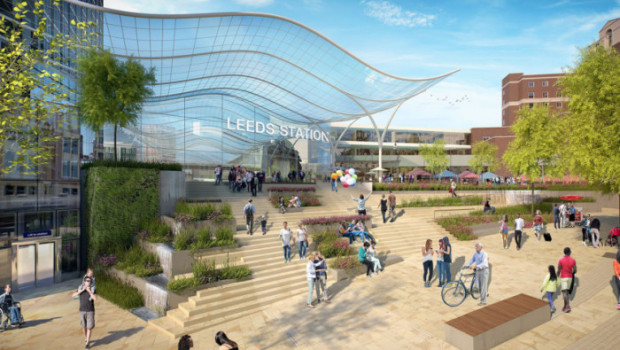