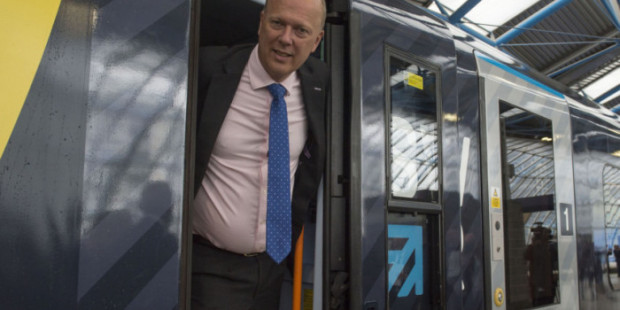 Yorkshire Post 22nd September 2017 “Transport Secretary Chris Grayling has come out fighting in the row about a north-south divide in Government spending between the regions. Mr Grayling faced a barrage of criticism in the summer after announcing Government backing for multi-billion pound investments for London and the south east amid cuts for the north. Greater Manchester Mayor Andy Burnham and a host of other leaders from Leeds, Liverpool, Sheffield and Newcastle, complained northern commuters were still using “clapped out trains” while London was being lavished with cash.

But in a speech to business leaders in Manchester on Friday Mr Grayling said after “decades of under-investment” he was “baffled” by his Labour critics, who he took with a pinch of salt. Mr Grayling also took aim at the media and think tank the Institute of Public Policy Research (North) which claimed spending per head was vastly higher in the south.”

IPPR: ‘Transformational infrastructure for the North: why we need a Great North Plan