The new DfT/TfN report  The Northern Powerhouse: One Agenda, One Economy, One North launched today is the most significant advance in transport strategy for the northern regions in the modern period. So it was a clumsy misjudgement by Michael Dugher, MP for Barnsley and Shadow Transport Secretary, to greet it with this statement: “People in the north won’t be fooled by a so-called ‘strategy’ that falls well short of what is needed.”

Perhaps he had not noticed that Manchester’s Sir Richard Leese will be standing alongside Messrs Osborne, McLoughlin and Clegg at today’s events, who instead characterised the initiative as “a range of far-reaching transport plans which together will transform connectivity across the north of England, improving the passenger experience, boosting business and ultimately helping to rebalance the UK economy”. That’s more like it.

We’ll return to the detail in due course but immediately let’s look at the three headline priorities; two are positive and one negative:

The first brings with it the possibility of massive, transformatory and sustainable infrastructure investment. The third would create a single integrated ticketing product that would surely require a change in the relationship between private operators and their passengers in the latter’s favour, as is already the case in London. But the third threatens not just an environmentally destructive intervention in the Peak District National Park but also a pointless one: why would you want to spend £10+billion on a faster road corridor between Sheffield and Manchester when the rail strategy in the same document is simultaneously proposing to reduce journey times to ‘around 27 minutes (compared to a best time of 48 minutes currently)’.

Fortunately we must hope that this contradiction will be that particular proposal’s undoing; and trust that Transport for the North, as a genuine equal partner in this new era of devolved power, will see the foolishness of such a duplication as the feasibility study for the project advances, even if the DfT does not.

And there is one very significant omission: The report’s final section is entitled ‘Making it happen’. It says that ‘the Government will look to make a multi-year commitment of funds to transport in the North through both the Spending Review and strategic planning processes for rail and road that supports the vision set out in this .. strategy’, and that its projects ‘will need to be affordable and offer good value for taxpayer’s money’. That’s just too vague, and ambiguous.

Without a commitment to a more fundamental principle – equality in the per capita transport expenditure allocations between the North and London/SE – Boris and his successors will always be able to insist that London must continue to come first in the funding queue, and they’ll probably have the narrow cost/benefit numbers on their side. 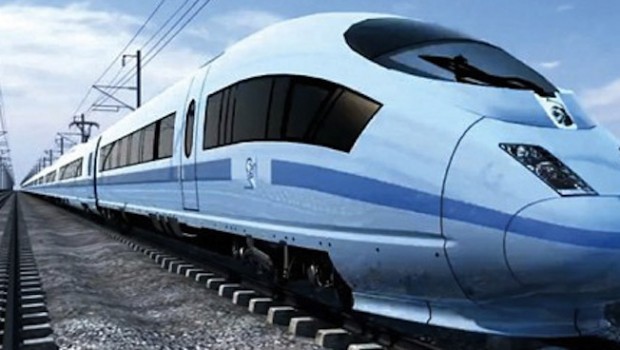 News: £2.7bn train-building deal sealed for East Coast line; and made in Durham